Just the other day we have entered a new world. With the so-called tabula-rasa way of learning demonstrated by DeepMind’s ‘AlphaGo Zero,’ human knowledge of the western kind is now one among many, and certainties will come to an end. Through the deployment of such true machinic creativity, both new knowledge and its application in time are likely produce effects so complex and alien that we may never fully understand them.

To order to prepare for a world of ‘unhuman’ knowledge, in a playful-yet-serious inversion we have proposed a process of Deep Unlearning, an effort to self-alienate in order to gain a tiny measure of access to the ways of knowledge of the not-us.

In a first stage of the project we’ve designed a simple hexagonal card game that allows to ‘lay’ sets of actions, adjectives and operators in order to create open-ended series of playful algorithms for humans.

Beyond their historical importance, we consider games a crucial field of investigation for AI as it represents the level ground not only for the assessment of ‘intelligence’ but also for the creation of new knowledge as demonstrated by the recent successes outlined above. It makes us wonder whether a focus of creation should be the games themselves, which this project is an exploration into.

A range of instructions created a ‘seed’ set of cards through a call for unlearning instructions submissions and a subsequent workshop at the New Lab in New York City in December 2017. Phrased in an almost Fluxus-like fashion of ‘instruction pieces’ those cards allow for alien actions and configurations of unlearning in various ways. 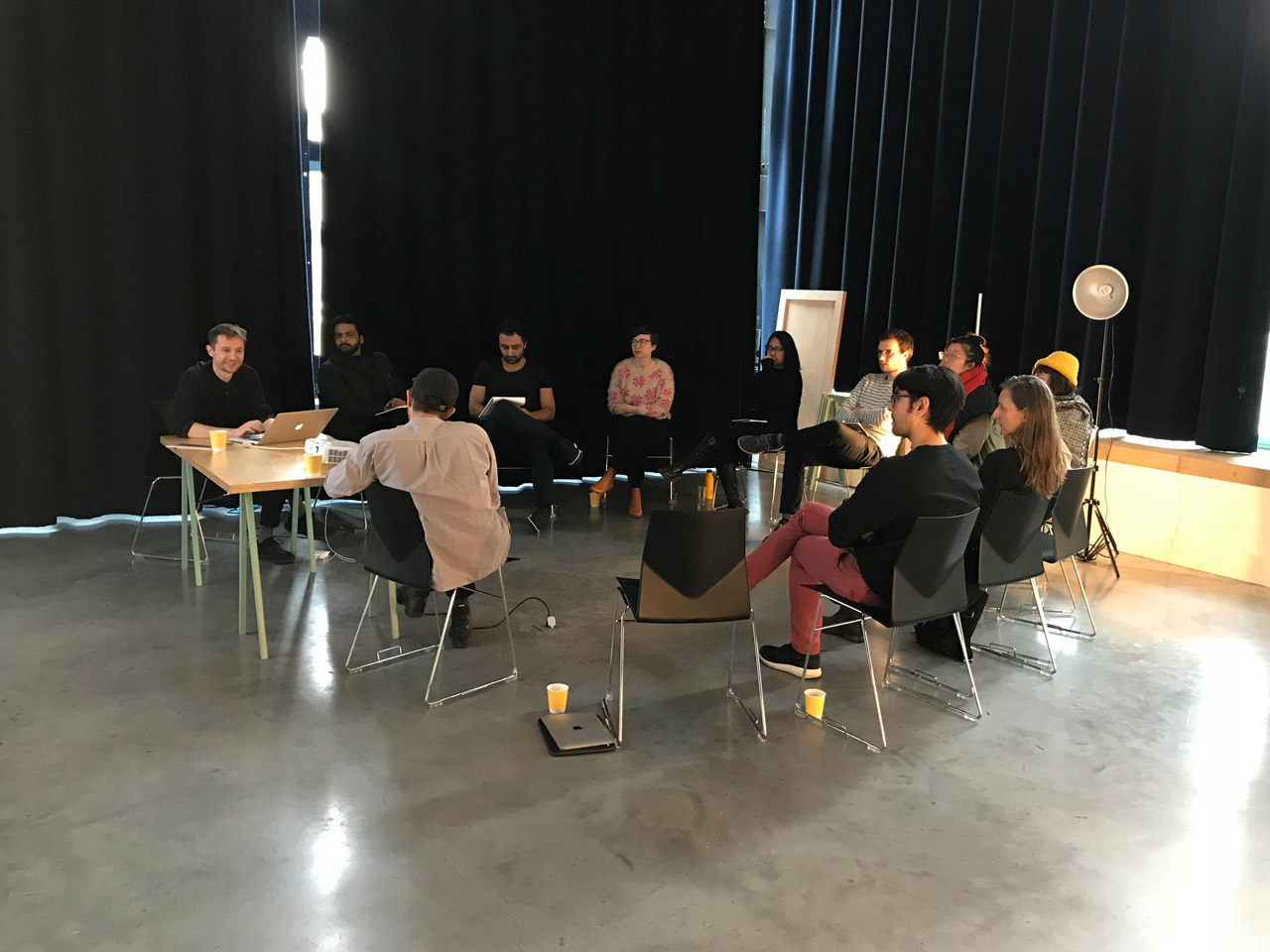 As a next step we’re aiming to develop an functioning AI setup that interprets the instructions generated by human ‘players’ in real time through a system that combines word/syntax recognition, a generative neural network based on datasets of videos of human actions that is able to create new videos (in collaboration with a machine learning developer) and a compositor element to combine it with the video feed.

The final work will be an interactive visual exhibit in which people will be able to take the set of cards and assemble algorithms which will be visually interpreted by the AI in real time and projected.

While collaborating with a speculating machine it also turns the human player into a machinic speculator of sorts through using the means of randomness and association commonly found in games.